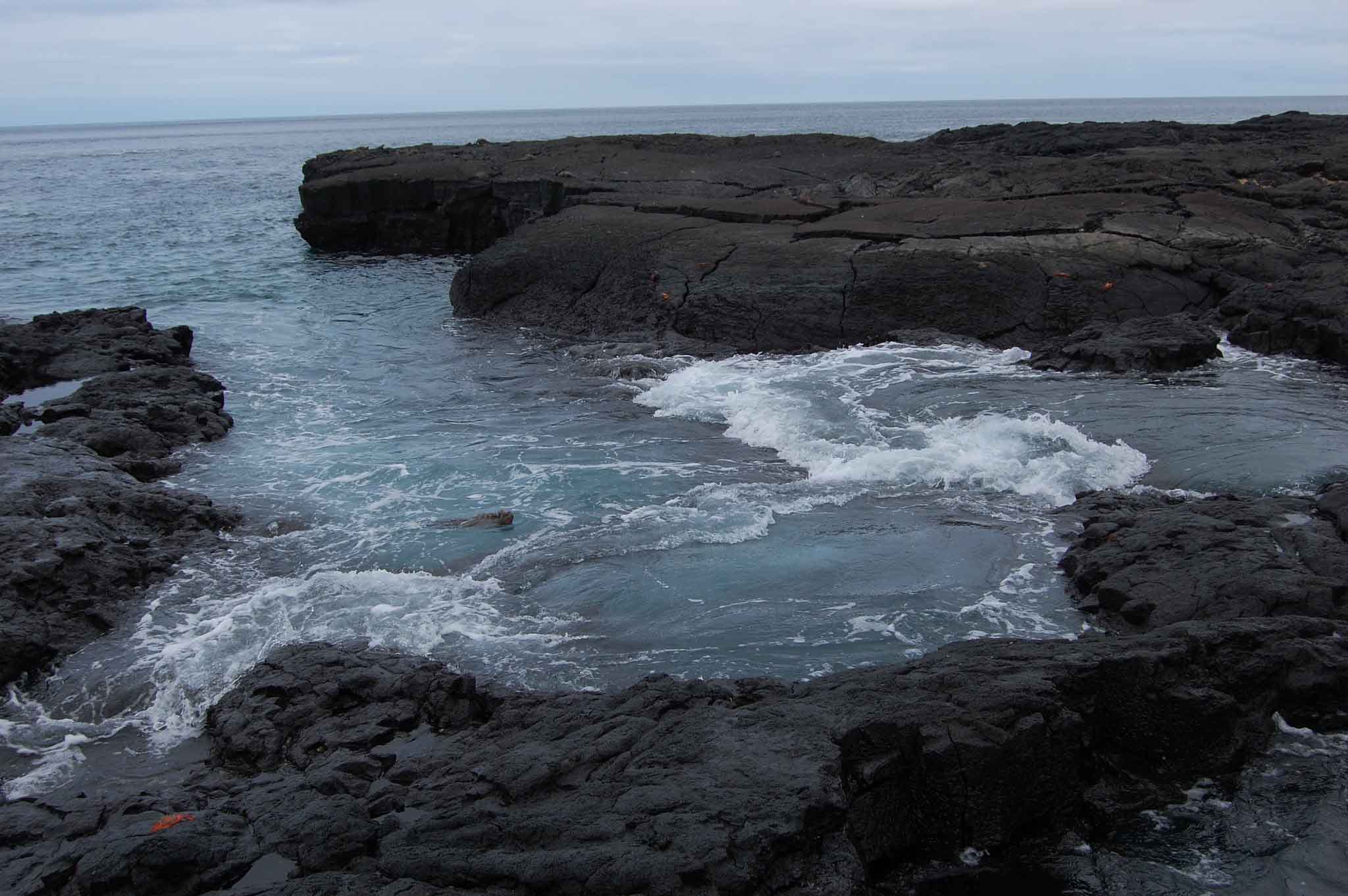 A wet landing in Galapagos Islands - Puerto Egasla west coast of James Bay with its black sand beaches, was the site of a small salt mining industry in the sixties. A march inside the salt crater is an excellent opportunity to see land birds such as finches, pigeons, and hawks. A walk along the rugged coastline, especially at low tide, gives way to many marine species. The iguanas get hot on the stones and the lions rest the low tide pools. At the end of the trail there are a series of “grottoes” or sea caves where seals are found and the night herons resting in the shady shelves. The wet landing on the dark sands of Puerto Egas, James Bay leads to one of the most awarded visits in Galapagos. First, a path takes us inside to the remains of a salt mining operation, one of several unsuccessful attempts to commercialize in the Galapagos. Some groups will make 1 hour round trip to the Sugarloaf Volcano (approximately 1000 feet elevation). But it is the Grotto of the Seal that produces the most pleasure for visitors. Here one can get more intimate views of seals and sea lions in a series of rocky pools. For many, this is the only opportunity to see the Galapagos seal, once thought to be on the verge of extinction. In addition to the seals. James Bay offers the opportunity of tidal pools in the Galapagos.

The visitor sites provide them with a unique opportunity to see recent lava that runs approximately 100 years. The east side of Santiago Island is known for its volcanic landscapes, dominated by black pahoehoe lava, and new lava that starts running. It is also interesting to see how mollugo plants begin to populate the volcanic lava fissures.